Thanksgiving Day is a national holiday in the United States and Canada. It is celebrated on the fourth Thursday in November in the United States. In Canada it is celebrated on the second Monday in October and their tradition of giving thanks goes all the way back to year 1578. It’s an important family holiday where families spend time together and remember to be thankful for what they have.

The tradition of Thanksgiving in the United States started year 1621 when about 50 Pilgrims and 90 Native Americans from the Wampanoag people celebrated the harvest. The Pilgrims were religious colonists who came to America on a ship called The Mayflower. They left Plymouth, England in September 1620 and arrived near Cape Cod in Massachusetts 66 days later. About half of them died the winter they arrived. Cold weather, the lack of food and a disease killed all women but five and most of the survivors were children.

In the spring some Native Americans taught them to hunt, gather shellfish and grow corn and other crops. The Pilgrims founded Plymouth Colony and in the fall they could successfully harvest their corn. For three days they celebrated a harvest feast with their new Native American friends. The meal probably consisted of venison (deer), fish, shellfish, wild birds, vegetables, berries and fruits. Since they didn’t have an oven or any wheat flour and sugar, we know that they didn’t eat pumpkin pie.

Almost everything we know comes from one eyewitness, Edward Winslow, who was one of the colonists on the Mayflower. In December 1621 he wrote a letter about the event. 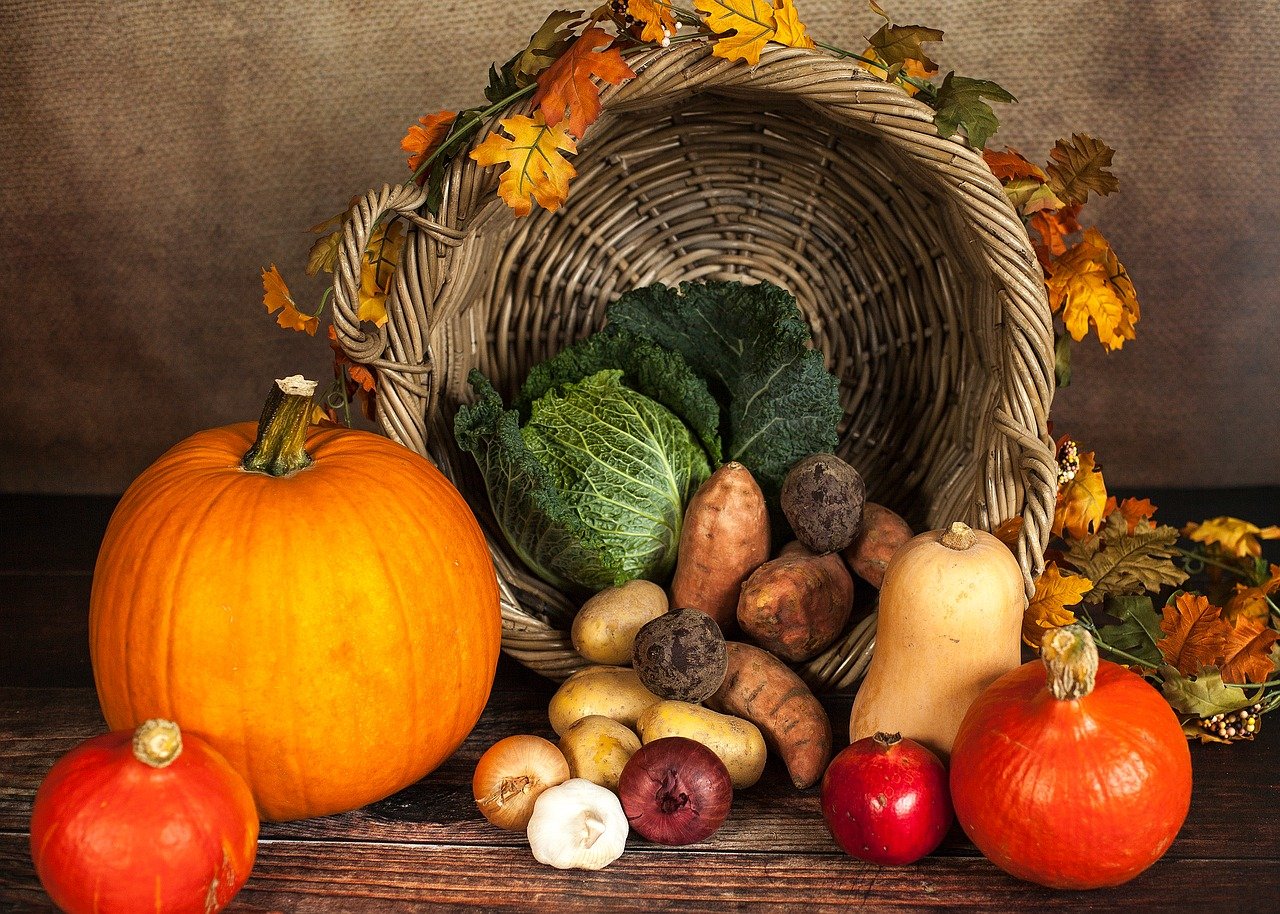